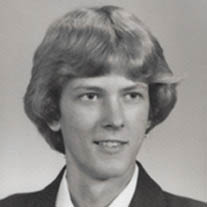 William Dean Shaver, age 54, of Newport died Friday, January 22, 2016 at his home. He was born in Pearisburg, Virginia on January 16, 1962. He was preceded in death by his father, William Franklin Shaver; grandparents, Faye and Orren Vaught, Annie Bell and Rudolph Shaver.

He was a US Army Veteran serving in the 82nd Airborne Division.

He is survived by is mother, Thelma Shaver of Christiansburg; daughter, Kayla Shaver and fiancé, Tyler Grossclose of Doe Creek; sister and brother-in-law, Tina and Gary Riley of Blacksburg; brother and sister-in-law, Darren and Samantha Shaver of Newport; nieces, Lindsay Bevins and fiancé, Dyllin Childs and Megan Shaver.