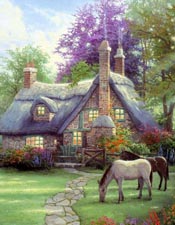 Kent Maurice Sharp Sr., 91, of Pulaski, died Sunday, March 16, 2014. He was born in Carroll Co., on August 12, 1922 and was the son of the late Robert Lee Sharp and Hope Jeanette Smythers Sharp. He was also preceded in death by his wife, Jean Ballinger Sharp. Mr. Sharp was a retired employee with APCO having 45 years of service and he was a member of the Elks Club. He served in the United States Army Air Force in the Mediterranean Theatre with the 16th Depot Supply Squadron, 12th Air Force. Mr. Sharp was well known for training and showing Tennessee Walking horses for over 50 years. Surviving are son and daughter-in-law, Maury and Sharon Sharp of Blacksburg; sister-in-law, Jean Sharp of Carroll Co.; grandsons, Dustin Nowland and Clayton Nowland; great-grandchildren, Nikole, Jackson and Frank; many nieces; and nephews. Funeral services will be held Thursday, March 20, 2014 at 1 p.m. from the Stevens Funeral Home Chapel with Dr. John Dunstan officiating. Burial will follow in the Oakwood Cemetery. Visiting will be Thursday at the funeral home where the family will receive friends from noon until the service hour. In lieu of flowers the family suggests memorials be made to the First Christian Church, 524 N. Jefferson Avenue, Pulaski, VA 24301. Arrangements by Stevens Funeral Home, Pulaski.