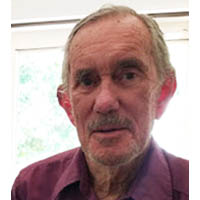 Donald H. Semones, 84 of Salem and formerly of Floyd County, went to be with his wife after a hard fought battle with several chronic illnesses on the morning of July 16, 2020.

Don served his country during the Korean War in the Navy and got to travel the world. He came home, met the love of his life and was married on February 15, 1958.

Don is preceded in death by his wife of 58 years, Hallie; one daughter, Kathy Dawn; and his parents, one brother, and one sister.

Left to mourn his loss are daughters, Vicki Mabery and Kathy M. (George) Bell, of Salem; one grandson, Jake (Maria) Mabery; and one brother, Curtis Semones.

Graveside services will be held at 11:00 a.m. on Saturday, July 18, 2020 in the Topeco Cemetery with Pastor Howard Nester officiating.

The family would like to express a special thank you to Good Samaritan Hospice for their care and support.

In lieu of flowers, donations may be made to Good Samaritan Hospice, 2408 Electric Road, Roanoke, VA 24018.