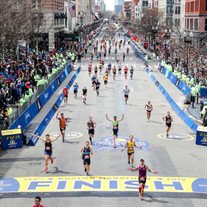 Edward Seldon Sears died on the first day of September and Shawsville is a smaller sadder place.

He grew up in Somerset, Kentucky, graduated from Berea College with a degree in Physics, and earned a Master’s Degree in Aerospace Engineering from Notre Dame. Ed took early retirement from his Defense Intelligence job in the Pentagon to come home to Shawsville because “his baby child was growing up without him.” He was proud dad to three daughters: Vicki Pris Sears (Knic Umstead), Edie Seldon Sears, and Anderson Djuric (Steva).

Ed was a dedicated runner and competed in hundreds of races, including the Boston Marathon. He loved books and wrote the book on running, Running Through the Ages, first published in 2001 by McFarland, with a second edition in 2015. He loved coaching cross-country and track and never forgot his runners. He spent many happy retirement years working among the books at the Meadowbrook Public Library in Shawsville.

In addition to Pris, Edie, and Andee, he leaves behind his college sweetheart of 57 years, Rebecca Anderson Sears, and his beloved sisters Beverly, Mark, and Sherri.

He chose to have no public services. Anyone wishing to remember him could make a donation in his honor to Meadowbrook Public Library, 267 Alleghany Springs Rd., Shawsville, VA 24162