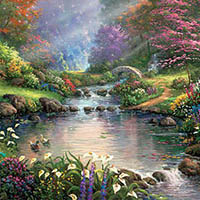 Shirley Ann Scott, 69, of Stock Pen Mt. Road in Narrows, died Monday, December 4, 2006 at her home after a long illness.

Born in Rodell, W.Va. on July 26, 1937 she was a daughter of the late Phillip Patrick and Daisy Stover Powell. She was a 1956 graduate of Pearisburg High School class of “Red Devils” and for many years was Administrative Office Manager for Kimels Furniture Company in Fairfax. Despite her long and crippling illness Shirley was a bright and cheery blessing to all who visited her, she daily felt sustained by her faith in God.

Funeral services will be conducted Friday at 2 p.m. in the Kendall Funeral Home Chapel at 605 Snidow St. in Pembroke with Pastor Shahn Wilburn and Pastor Eddie Kendall officiating. Burial will follow in Birchlawn Burial Park in Pearisburg. The family will receive friends at the funeral home Thursday evening from 6 to 8 p.m. Online condolences may be sent by visiting www.kendallfuneralhome.com.