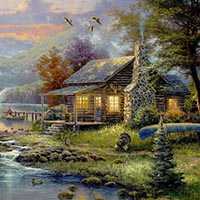 Brandon Wallace Scott, 23, of 469 Hopewell Road, Blacksburg, S.C., went home to be with the Lord on Monday, August 25, 2008, at his residence. Born in Radford, Va., he was the son of Kenneth and Monica Doyle Lowe, of Blacksburg, S.C., and the late Jeffrey Lynn Scott, of Radford, Va. He was formerly employed by The Waffle House and a member of Shield of Faith Church.

The family will receive friends from 6 until 8 p.m. on Tuesday, August 26, 2008, at Blakely Funeral Home. Funeral services will be held 11 a.m. on Wednesday, August 27, 2008, at the Blakely Funeral Home Chapel with the Rev. Terry Lowe and Mr. Ashby Blakely officiating. Interment will be in Hopewell Baptist Church Cemetery. An online guest register is available at www.blakelyfuneralhome.com.