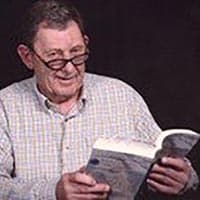 Dr. John C. Schug, Ph.D. left this world on May 23, 2019 after more than 83 years of a full and fruitful life. He was a loving, accomplished, and hard-working man. He was a mentor, an educator, a scientist, a scholar, a horseman, a naturalist, a huntsman, a sportsman, a farmer, a family man, and a gentleman. His faith and devotion to the Catholic Church was unerring. He was convinced that his science and his religion were interwoven in such meaningful ways that yet are to be fully understood. He loved games, being challenged, and challenging others. He was a trusted friend to the many individuals his life touched; many of his acquaintances describe him as having had “a heart of gold”.

John was born March 31, 1936 in Queens, Long Island, New York to Peter and Joanna Schug. He was active in school and sports, including being a tandem running back duo in the era of leather football helmets with his twin brother. He was selected to attend college at the prestigious Cooper Union for the Advancement of Science and Art, where he earned a degree in chemical engineering in 1957. He continued on to the University of Illinois – Urbana Champaign and received a M.S. in chemistry in 1958 and a Ph.D. in 1960 under the tutelage of eventual Nobel Laureate Prof. Martin Karplus. His dissertation focused on temperature-dependent nuclear magnetic resonance spectroscopy. It was in Illinois where he met his first wife, Lin Gleason, and they were married in 1958.

John’s first job was with Gulf Research and Development in Pittsburgh, PA. In 1964, he and his young family moved to Blacksburg, VA, where he joined the faculty of the Department of Chemistry at Virginia Tech, as an Assistant Professor. He rose through ranks and was awarded tenure as an Associate Professor in 1967 and promoted to Full Professor in 1973. His independent research career spanned primarily the area of theoretical physical chemistry and quantum mechanics. He directed the theses of 17 Ph.D. and M.S. students and published 67 peer-reviewed articles. He also wrote and published a book entitled Introductory Quantum Chemistry. For many years, he and his wife, Lin, were avid fox hunters and enjoyed nearly any opportunity to ride together. John even became quite adept at Dressage. Lin passed away unexpectedly in April, 1997 and John retired from Virginia Tech in 2001 being granted Professor Emeritus status.

John was married to his second wife, Nina, in April, 2003. John and Nina relocated to North Carolina to enjoy their horses and retirement together in 2004. During his retirement years, John took up drawing and sketching; he also had an immense love for playing bridge with his local friends. He remained active in his local Parish, and many times prepared lectures on the intersection of science and religion for his fellow parishioners. He was always a huge fan of trivia games, crossword puzzles, and other board games. As a Scrabble player, his superior vocabulary made him a nearly unbeatable competitor. He loved nothing more than the opportunity to spend time with his family and friends.

In lieu of flowers, donations can be made in memory of Dr. John C. Schug to either the Virginia Tech Department of Chemistry (https://chem.vt.edu/about-us/giving.html) or the Nature Conservancy (www. support.nature.org/donate).