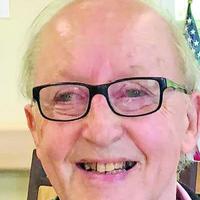 He was born June 9, 1942, in Carroll, Iowa, to parents Emil and Violetta (Witt) Schluter. He was baptized and confirmed at Peace Lutheran in Wall Lake, Iowa. Gerald grew-up on the family farm, attended one room school-house Jackson #1, graduated from Wall Lake High School in 1960, and received his bachelors at Iowa State University (1964), masters (1966), and doctorate in agricultural economics (1971). He worked for almost 40 years for the Economic Research Service (ERS) at the United States Department of Agriculture in Washington, D.C.

Gerald was preceded in death by his wife of 43 years, Carolyn; his parents; his sister Audrey Lamaak; his brother-in-law Jack Lamaak; sister, Lorraine Schluter, and niece Elizabeth Wagner.

Gerald was a proud Iowa State fan and attended the annual Harriman House Reunion for many years with friends who he has known for over 60 years. He also made lifelong friends at ERS, such as Chinkook Lee, C.S. Kim, and Ron Babula. Gerald had over 86 published professional articles.

While he missed his dear wife Carolyn, he did enjoy living with his daughter Debbie, Keith, Blake, Darcey, and the dogs from 2012 until these last two months. Gerald loved being around his grandchildren and attending their events, such as soccer, dance and drama. He was very proud of Blake and Darcey and beamed when he talked about them.

He also loved animals and the dogs were his buddies. They called him the “animal whisperer” at Pulaski Adult Day Services because animals really liked him. Gerald was also very proud of and close to his daughter Debbie and Keith and treated Keith like a son. Gerald was an optimist and cheered for the Washington Redskins.

Special thanks to our angel caregivers at Forever Young, including Dianna Bucchi, Alysia Dobbins, Carol Marshall and Tammy Trussler, and Good Samaritan Hospice, who gave him loving, compassionate care. Pulaski Adult Day Services and Linda Davis also gave Dad excellent care for many years and are part of our family as well.

Thank you to all of our friends and neighbors who cared for Dad and looked out for him, including Blake and Darcey’s friends. All who knew Dad commented on his gentleness and kindness. My Dad was the kind of man who put his wife and family first, played with the grandkids and the dogs, and lived what he believed. Many people have said that Gerald was the smartest, kindest and gentlest person they have known.

Two memorial services are being held. There is a service Monday, Jan. 27, 10 a.m., at Blue Ridge Church in Christiansburg, Va., officiated by Pastor Scott Obenchain. The other service is Monday, April 13, at Peace Lutheran Church, officiated by Pastor Roger Carlisle. In lieu of flowers, memorial contributions can be made to Pulaski Adult Day Services, Dublin, Va.