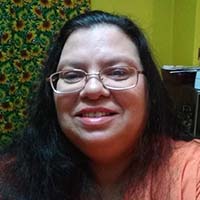 Sonja Kiesa Schlossnagle, 53, of Pearisburg, VA, went to be with the Lord on Tuesday, March 23, 2021 at her home. She was born March 25, 1967 in Oahu, Hawaii, the daughter of Jerry Dale Jones and Sandra Ilene Antila Jones.

Sonja was a paraprofessional at Blacksburg High School. She was the most giving person who would do anything for anyone and never asked for anything in return.

Per her wishes, she will be cremated. A memorial service is planned for a later date.