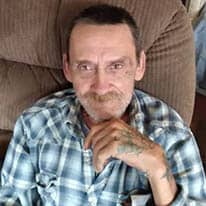 Douglas Allen Sayers, age 61 of Pulaski, passed away on March 9, 2022 at Lewis Gale Hospital – Pulaski, after a long illness. Douig was born on December 10, 1960 in Pulaski, and was the son of the late Fred Allen Sayers, and the Late Elma Christley Sayers. He was employed at CVG for several years as a water jet operator.

In addition to his parents, he was preceded in death by a brother; Eddie Lee Sayers, and a sister; Joanna Snavely.

Funeral services for Doug, will be held at a later date.