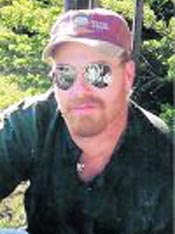 Thomas Neil Saunders, 47, of Ripplemead, departed this life Sunday, May 18, 2014, at Giles Community Hospital in Pearisburg. He was born June 18, 1966, in Pearisburg. He was an employee of Mar-Bal Inc. in Dublin and a graduate of Giles High School. He was preceded in death by his sister, Beverly S. Criner. He is survived by his wife, Teresa Perkins Saunders; his mother, Myrtle Price Saunders, of Pearisburg; his father, William Saunders, of Narrows; his brother, Bruce Saunders, of Mocksville, N.C.; nieces and nephews, Stephanie Rander and Christopher Wiscarson, of Pembroke, Quintin, Catlin, and Carlin Criner, of Pearisburg; three aunts, numerous cousins; a stepdaughter and two stepgrandchildren, Angela Summers and McKenzie and Aaron Jr. Summers.

Funeral services will be conducted 2 p.m. Wednesday in the Kendall Funeral Home, 605 Snidow Street, Pembroke, with Pastor Gary Poff officiating. Burial will follow in Birchlawn Burial Park in Pearisburg. The family will receive friends at the funeral home 6 to 8 p.m. Tuesday. Online condolences may be sent by visiting kendallfuneralhome.com.