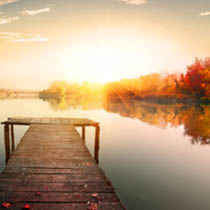 Roger Lee Sarver, 76, of Center St., Pembroke, departed this life Friday morning, March 2, 2018 in the loving care of his family and hospice at his home. Born on March 11, 1941, he was a son of the late Howard and Blanche Dillon Sarver. Roger was retired from the Celanese Plant at Narrows, attended Riverview Baptist Church in Ripplemead, and enjoyed hunting and fishing and the outdoors. He was preceded in death by his brother Howard Mutt Sarver and his sister Beulah Miller.

Funeral services will be conducted Monday, March 5, 2018 at 11:00 am in the Kendall Funeral Home Chapel, 605 Snidow St., Pembroke with Pastors Shahn Wilburn and Eddie Kendall officiating. Burial will follow in Birchlawn Burial Park in Pearisburg. The family will receive friends at the funeral home Sunday evening from 5 until 8 pm. Online condolences may be sent by visiting kendallfuneralhome.com.