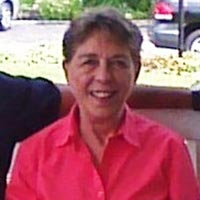 Vicky Gail Spangler Sartin, 66, of Pearisburg, Va, went to be with the Lord on Thursday, January 30, 2020 at Roanoke Memorial Hospital. Vicky was born on July 24, 1953 in Hinton, WV and was a daughter of Margaret Lucille Burks and the late Garland Eugene Spangler. Vicky was a graduate of Narrows High School, was a life-long lover of animals and enjoyed the company of her family and friends. She was also a member of Pam’s Posse Relay for Life Team for several years. Besides her mother, she is survived by her husband of 48 years, Marvin Lewis Sartin of Pearisburg, two sons, Wes P. Sartin and fiance’, Shana Micklewright of Pearisburg, Cody R. Sartin of Pearisburg, two brothers, Brian L. Spangler (Cindy R.) of Narrows, Chris Spangler of Alligator Point, FL and one sister, Mitzi Crosier (Paul) of Fairlawn. As per Vicky’s wishes, there will be no memorial service. In Vicky’s memory, donations can be made to the Giles County Animal Shelter. Online condolences can be sent to the family at givensfuneralhome.com.