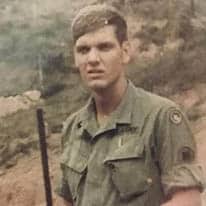 Marvin Lewis Sartin, 72, of Pearisburg, VA, passed away on Wednesday, February 2, 2022, at his home. Marvin was born on March 12, 1949, in Giles County, VA and was a son of the late Marvin Plyman Sartin and Glenna Louis Dowdy Sartin. Besides his parents, he was preceded in death by his wife, Vicky Gail Spangler Sartin.

Marvin was a 1967 graduate of Giles High School and was a U.S. Army Veteran serving in Vietnam. After returning from the Army, he was employed at the Virginia Dept of Transportation where he worked for 50 years. Marvin enjoyed the company of family and friends and enjoyed going to the beach.

A memorial service will be held at a later date. Online condolences can be sent to the family at givensfuneralhome.com.