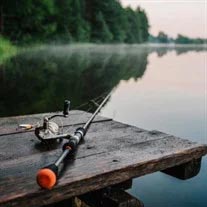 Glenna Dowdy Sartin, 92 of Eggleston, VA went to be with the Lord on Thursday, October 29, 2020. Mrs. Sartin was born on February 26, 1928 in Kire, VA and was a daughter of the late Elbert Burnis Dowdy and Hallie Lafon Dowdy.

Besides her parents, she was preceded in death by her husband, Marvin P. Sartin, two brothers, Daniel Dowdy, Billy Dowdy and two sisters, Thelma Scott and Louise Palmer and daughter-in-law, Vicky Sartin.

Mrs. Sartin loved to go trout fishing with her husband Marvin and was usually the one who caught the most fish. She also loved dancing and listening to Bluegrass music.

Graveside funeral services will be conducted Monday, November 2, 2020 at 1pm at the Birchlawn Burial Park in Pearisburg with Charles Henderson officiating. Memorial donations may be made to the Green Valley United Methodist Church in Eggleston. Online condolences can be sent to the family at givensfuneralhome.com.