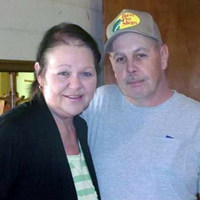 Susan Marie Sanders, age 62, passed away on Monday, February 21, 2022, at the Carilion Roanoke Memorial Hospital in Roanoke, VA. Born May 18, 1959, in Welch, WV, she was the daughter of Joann Ward Belcher of Peterstown, WV, and the late James Ted Belcher. Susan was a homemaker and a beloved wife, mother, grandmother, and sister.

In addition to her father, she was preceded in death by one brother, Teddy Belcher. In addition to her mother, survivors include her loving husband of 42 years, Michael Sanders; three sons, Klayton Ryan Sanders, Michael Joseph Sanders, and James Ted Sanders, all of Peterstown, WV; one daughter, Tiffany Cheyanne Morgan and husband John of Pearisburg, VA; and one granddaughter, Cheyanne Marie Morgan. Also surviving is Hanna Pyne of Lindside, WV, who is like a daughter; two brothers, Scott Belcher and wife Tina, and John Belcher, all of Peterstown, WV; one sister, Lodema Bivens and husband Gary of Bland, VA; and several nieces and nephews.

In keeping with Susan’s wishes, she will be cremated. A memorial service will be held at a later date; however, until then, the family will accept any family/friends who would like to visit at the home.