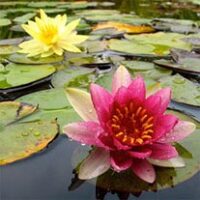 Betty Farmer Sanders, 81, of Dublin, VA died Saturday morning, December 6, 2014 in the Highland Ridge Rehab Center. She was born in Pulaski Co. on February 22, 1933 and was the daughter of the late George R. Farmer and Katie Morgan Farmer. She was also preceded in death by her husband Larry Sanders, by a grandson Elliott Ragouzis, a brother Jack Farmer and sister in law, Jo Ann Farmer.

Mrs. Sanders was a retired Realtor.