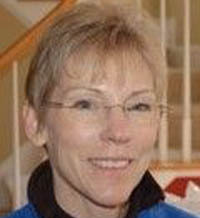 Teresa Robin Patterson Sanchez, 62, of Blacksburg, Va., passed away peacefully at Duke Hospital in the company of family on Thursday, January 28, 2016, after battling heart disease. She was born January 8, 1954 in Warrenton, Va.

She was preceded in death by her mother, Mary Ann G. Day; her father, Lyman Kellogg Patterson; and her sister, Julia Hope Patterson.Teresa lived a full and active life gaining friendship wherever she went. Teresa and Brian shared the love of traveling the world and had many great adventures together including Africa, China and the South Seas. She was a graduate of Virginia Tech earning a Bachelor of Science degree in Biology in 1972 and remained a lifelong Hokie fan.

A memorial celebration of Teresa’s life will be held at 2 p.m. on Saturday, February 6, 2016 at Grace Episcopal Church located at 5096 Grace Church Lane, Midland Va.

In lieu of flowers the family requests contributions be made to the American Heart Association located at 4217 Park Place Court, Glen Allen, Va. 23060.