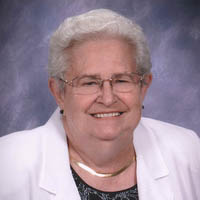 Vinnia Maye Ross Salyer, 88, of Radford, passed away Sunday, November 27, 2016. She was a longtime member of Fairlawn Presbyterian Church. She was employed at several garment factories and her family ran the Exxon Station in Fairlawn for many years.

She was preceded in death by her parents, Edwin and Mary Weddle; first husband, Norman C. Ross and second husband, William D. Salyer; and brothers, J. C. and William Weddle.

Funeral services will be at 11 a.m. on Friday, December 2, 2016 at the Fairlawn Presbyterian Church with Rev. Allison Unroe officiating. Interment will follow in Sunrise Burial Park in Radford. The family will receive friends from 5 until 7 p.m. on Thursday evening at the funeral home.

In lieu of flowers, the family requests that contributions be made to the Fairlawn Presbyterian Church, 6900 Pulaski Avenue, Fairlawn, VA 24141.

The Salyer family is in the care of Mullins Funeral Home & Crematory in Radford. www.mullinsfuneralhome.com.