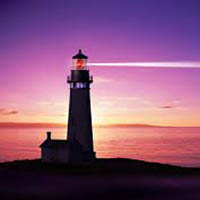 James Edward (Romie) Sallee Sr., 69, of Merrimac, Va., died Tuesday, August 11, 2009, at Roanoke Memorial Hospital. He was born in Ashland, Ky., on September 7, 1939, to the late Robert and Rosalee Shelor. He was also preceded in death by a son, James Edward Sallee Jr.

He is survived by his wife, Margaret F. Sallee; two daughters, Betty Gail Cox, of Radford, and Jennifer Sallee Brooks, of Roanoke; a son, Jonathan Sallee, of Catawba; and five grandchildren.

Funeral services will be conducted 1 p.m. on Friday, August 14, 2009, in the McCoy Funeral Home Chapel with the Rev. Virgil McHone (his friend and pastor) officiating. Interment will follow in Roselawn Memorial Gardens, Christiansburg. The family will receive friends from 11 a.m. until 1 p.m. on Friday prior to the service at McCoy Funeral Home, 150 Country Club Dr., S.W., Blacksburg, Va.