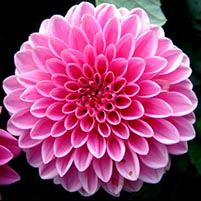 Mrs. Sadler was born on September 14, 1922 in Gunnersville, Ala. and was a daughter of the late William Delta Weeks, Sr. and Myrtle Wright Weeks. Besides her parents, she was preceded in death by her husband Clarence H. Sadler, one sister Virginia Moland and one brother, Troy Weeks.

Mrs. Sadler was a member of the Pleasant Hill Methodist Church in Pearisburg and was a retired employee of Macy McClaugherty Elementary School. In her retirement, she loved gardening and her flowers.

Funeral services will be conducted Monday, February 19, 2007 at 2 p.m. at the Givens Funeral Chapel in Pearisburg with the Rev. Paula Dell Campbell officiating, with burial following in the Birchlawn Burial Park in Pearisburg. The family will receive friends at the Givens Funeral Home Sunday evening from 6 to 8 p.m. Online condolences can be sent to the family at www.givensfuneralhome.com.