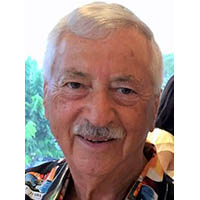 Vladimir, at the age of 13, during WWII, exhibited extreme heroism when he warned the Partisans of an imminent German raid, thereby saving countless lives.

After the war, Vladimir went on to graduate from Cetinje High School in 1948; The Montenegro School of Foreign Trade in 1950; and the Belgrade University of Economics in 1955. Val married Andjelka Dragic in 1957 in Belgrade. In 1959, he was sent by Yugoslavia to the U.S. to promote the sale of aluminum and copper products. In 1964, he and Andjelka emigrated to the United States, where they lived in New York and had two sons.

Val worked for Bieler Industries as plant manager until 1970, when he, along with three partners, established Maywood Manufacturing. In 1976, he became a naturalized citizen of the United States of America. In 1979 the business partnership was dissolved, and Val relocated the business and his family to Virginia. In 1981, he changed the company name to Unimet Manufacturing, which grew to be a successful manufacturer of metal building products. He served as president of his company until 1995, when he retired and sold the company to his son.

In Virginia, his business acumen and global experience were recognized in the community and he was appointed to the Board of Directors of The First National Bank as an honorary member. Val also had a passion for the arts and helped to found the New River Valley Friends of the Roanoke Symphony, of which he served as President for a term. Val also helped to establish the Renaissance Music Academy, a non-profit community music school for children. He served as president there for a time and then President Emeritus. Val was also a devoted member of The Rotary Club and was awarded the prestigious Paul Harris Award for his efforts to eradicate polio worldwide through vaccination.

Vladimir embodied the American dream and used his resources to not only create jobs through his business, but to also sponsor other family members to allow them to emigrate to the U.S. from Yugoslavia.

In addition to his passion for the arts and service to his community, Vladimir enjoyed traveling the world, golfing, painting, reading, hosting and attending events, and swimming in the Pacific Ocean. Vladimir retired and relocated to Honolulu, Hawaii, where he met his second wife, Leticia G. Tesoro. They married on July 4, 2003, and enjoyed 17 years together.

In addition to his parents, Val was predeceased by his brothers: Svetozar, Gjorgjije, Vojislav and Jovan. He is survived by his wife, Leticia Tesoro Saban, of Honolulu, HI; his former wife and mother of his children, Andjelka Saban, of Boca Raton, FL; his son Stevan of Index, WA; his son Alexandar and wife Candace, of Ft. Lauderdale, FL;stepdaughters Jaymie Gaoing Moken and Nerisha T Gaoing, and Stepson Robert T. Gaoing; five grandchildren: Jack Saban, Milena Saban, Jayden G. Asensio, Devani Gaoing, and Sonya Maelyn Gaoing; one sister, Desanka Saban-Lukinovic of Croatia; nephew DJosa Saban of Moscow Russia; nephew Dragoslav Saban and wife Maja, and their sons Vukasin and Nikola Saban of Honolulu, HI; and cousin, Slavoljub Dragoslavic and wife Mara, and their son, Goran Dragoslavic and wife, Terri, and their children, Virginia and Maximus Dragoslavic of Ft. Lauderdale FL.

In lieu of flowers, the family requests donations to be made in his name to the Renaissance Music Academy of Virginia (RMA), 2070 Mt. Tabor Road, Blacksburg, VA. 24060.