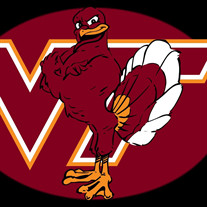 Eric Michael Ryan came into this world as a miracle baby on August 14, 1980 born with a complicated mass of cysts spread throughout his mouth and throat medically referred to as cystic hygroma. From his delivery in Radford, VA he was rushed to Charlottesville, VA and spent more time in surgery and in the hospital than any baby should have to endure.

His parents Mark and Brenda Ryan took turns by his hospital bed at all hours of the night praying by his side and hoping that the best doctors in the world would keep him alive and their newborn son would soon be able to go home to enjoy the things babies are supposed to enjoy.

Eric was a fighter and tougher than nails. After months of surgeries he was released from the UVA Hospital and was finally able to come home and meet his older brother Jami Ryan. Even though the recovery from his surgeries required constant care and he was hooked up to numerous machines in his crib, he always had the biggest smile.

As Eric grew older, medical professionals said he would never be able to talk and should accept his fate and learn sign language. In his typical defiant fashion, Eric and his parents refused the diagnosis and worked with two excellent speech therapists Sue Ravlin and Terri Robinson. He learned to talk and overcome his disabilities even though he only had a partial tongue and the inability to form certain shapes with his mouth.

While Eric’s big brother worried about the countless stares and ignorance of people who didn’t understand his condition, he thrived paying no attention to what others thought of him. He became the top athlete in his grade at Belview Elementary and made the Honor Roll. He also welcomed two younger brothers Cory and Adam as new friends and confidants.

In the 7th grade, due to his medical condition, Eric had to endure another round of surgeries at UVA. This also meant he had to miss a year of school. While the surgery was successful, Eric decided he was done with surgeries no matter what options were available.

Eric developed a love for playing soccer, watching football especially the Hokies and live music. He played and started on the Christiansburg High Varsity soccer team and continued playing in rec leagues after graduating. Eric also developed a passion for caring for animals and especially dogs that continued throughout his life.

While Eric had an extreme fear of heights and flying, he overcame his fear and on his first flight flew solo to watch the 2005 Sugar Bowl. He followed this with trips out west for Coachella, concerts in Detroit, Philadelphia, a UFC main event and even managed to skydive.

And, while most know him as Eric, there are tens of thousands of Virginia Tech fans who better know him by his screen name VTPhreak4evr on social media and VT football fan sites. He absolutely loved VT sports, and while he could be critical, he always wanted the best for each Hokie team attending as many sporting events in person as he could.

As the digital age evolved, Eric streamed all televised VT sports to Hokie fans across the world regardless of the legalities. From members of our military serving on the front lines of Iraq and Afghanistan to former VT basketball stars playing overseas, he offered a personal connection that allowed them to remain in touch with the United States and have a sense of normalcy.

While it was Eric’s butt on the line, he was happy to help his fellow fans. He also started making highlight videos for the football team and at one point had the most extensive VT video collection online. It’s safe to say if you were a Hokie fan over the last 10 years, you were familiar with Eric.

In 2015 Eric earned the opportunity to work at Best Friends Animal Clinic in Kanab, Utah. It was his dream job. Best Friends treats thousands of animals on their animal preserve and may be best known for rehabilitating many of Michael Vick’s dogs. He was able to assist in surgeries and healing of animals that had been born with complications or abused. An ideal fit.

Eric also battled alcohol and drug addiction. He had been in rehab and recovery for a number of years. He was able to stop the drug addiction, but alcohol was harder. Best Friends was an opportunity for him to not only help heal animals, but also himself.

In August 2015, his alcohol addiction reared up and he returned home for treatment. However Eric was never a quitter and always a fighter and left in December to return to Best Friends to continue his dream. Unfortunately on December 28, 2015, his body gave out and Eric passed away.

The miracle baby, our son, brother and friend will always be remembered and loved. He will be remembered as someone with the biggest heart, who was a great friend, spoke his mind and who overcame untold obstacles.

Eric is survived by his parents Mark and Brenda Ryan, three brothers Jami, Cory and Adam, sister-in-laws Becky and Leah, his dog Captain Morgan, Grandmother Virginia Ryan and too many relatives and friends to count.

In lieu of flowers, Eric’s family asks for donations to be made in his honor to either Best Friends Animal Society (https://secure.bestfriends.org/page/contribute/memory) or a donation to the VT Women’s Soccer team, his favorite Hokie team.

Eric’s Memorial Service will be held on Saturday, January 16, 2016 at Our Savior Lutheran Church located at 1845 Cambria Street in Christiansburg, VA starting at 11 am. All family and friends are welcome.