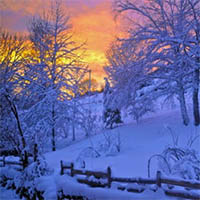 Margaret Stephens Runions, 94 of Pearisburg, VA went to be with the Lord on Sunday, December 28, 2014 at Heritage Hall Rich Creek Nursing Home. Mrs. Runions was born on April 26, 1920 in Giles County and was a daughter of the late Samuel Stephens and Alice Poff Stephens. Besides her parents, she was preceded in death her husband, Victor M. Runions, her daughter, Deanna Runions Sowers, one grandson, James Ricky McGuire.

Mrs. Runions was a member of the First United Methodist Church in Pearisburg, was a retired employee of the Celanese Corp. in Narrows and was a volunteer at Carilion Giles Memorial Hospital in Pearisburg.

Funeral services will be conducted Wednesday, December 31, 2013 at 11:00am with the Rev Dr Fred L. Austin officiating with burial following in the Birchlawn Burial Park in Pearisburg. The family will receive friends at the Givens Funeral Home Tuesday evening from 6 – 8 pm. Online condolences can be sent to the family at givensfunealhome.com.