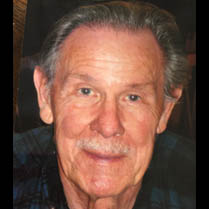 He was a graduate of Huntingdon College in Montgomery, Alabama and the University of Alabama at Birmingham Medical School. He retired from the US Navy in 1981 after a distinguished 24-year career, where he was ultimately Chief of Psychiatry at National Naval Medical Center Bethesda, Md. Highlights of his Navy career included research, residency training, and service at the South Pole.

He then embarked on a second career in private practice at St. Alban’s Psychiatric Hospital in Radford, Va. He and his wife enjoyed their beautiful home on Claytor Lake and their farm in Highland County, Va., both of which they had lovingly restored.

His joys in life were his family and his patients. He was an avid reader, and a long time collector of books and fine art. He loved conversation and sharing ideas. He will be remembered as a compassionate physician, and a loving husband and father.

He is survived by his children, Mark (Darci) of Darnestown, Md., Jeff of Dublin, Va., Chris of Bluegrass, Va., and Susan (Patrick) of Apex, N.C. as well as five grandchildren and numerous extended family. He liked to say, “Love one another, be good to yourselves, and make the most of the time you have yet to spend.”

A celebration of his life will be held at a later date in Highland County, Va.

The Royal family is in the care of Mullins Funeral Home & Crematory in Radford, Virginia. www.mullinsfuneralhome.com