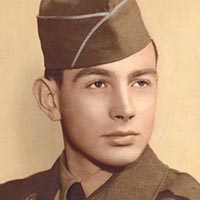 Bob was an avid fisherman and motorcyclist. A veteran of the United States Army, 1951-1952. He was stationed in Germany; assigned to the 18th Infantry, Regiment Border Patrol. He was proud of his work for the Physics Dept. at VA Tech where he retired in 1995.

A private service will be held at a later date. Arrangements by McCoy Funeral Home, Blacksburg.