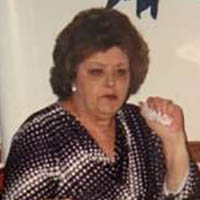 Carol Jean Ross, 74 of Pearisburg, passed away on Friday, June 12, 2020 at her home. Carol was born in Pearisburg on September 24, 1945 to the late William G. and Orpha Lee Clyburn Ratcliffe. Along with her parents she is preceded in death by her sisters, JoAnn Williams and Hazel Montgomery.

Carol was a dispatcher with the Giles County Sheriff’s office for many years until she later became an Administrative Secretary.

Arrangements are incomplete at this time however; condolences may be sent to the family by visiting www.kendallfuneralhome.com. Kendall Funeral Home in Pembroke will be serving the Ross family.