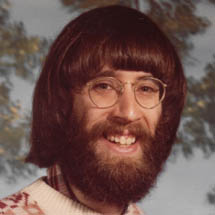 Born in Yonkers, New York on July 22nd, 1950, Will grew up playing baseball and basketball. Sought for his skill as an educator, he moved to Virginia in 1973 and attained his dream of becoming a kindergarten teacher.

During his extraordinary life, he educated hundreds and touched the lives of thousands. A tireless champion for peace and tolerance, Will was a founding member of the group Peace Vine. He organized for labor and human rights, advocated non-violent conflict resolution, and nurtured balanced reasoning when life’s natural interdependencies were at risk.

We salute the teacher who showed us a thousand stars or, as we now know, a thousand galaxies.