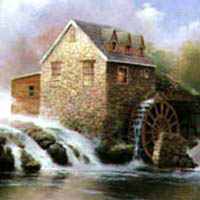 Funeral services will be 11 a.m. Saturday, April 11, at Stevens Funeral Home Chapel, with Rev. Charles McPeak officiating. Burial will follow in Hufford Cemetery. Visiting will be 6 to 8 p.m. Friday at the funeral home where the family will receive friends.