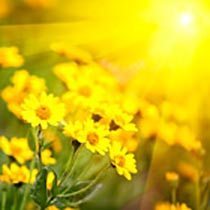 Ruth E. Roop, 85, 286 Minton Hollow Road, Elizabethton, Tenn. went to be with the Lord unexpectedly Monday, June 26, 2006 in the Woods Memorial Hospital, Etowah, Tenn. She was visiting relatives when she got sick.

A native of Pulaski County, Va., she was a daughter of the late Elmer Drexel and Lora Meredith Drexel Williams. She retired in 1963 from the Jefferson Mills of Pulaski after 35 years of service and moved to Elizabethton. She was a member of the Roan Street Church of God, Elizabethton. In Pulaski she was a member of the Jordans Chapel United Methodist Church where she served as a Sunday School Teacher for several years.

Funeral services will be conducted at 8 p.m. Thursday in Memorial Funeral Chapel with Rev. Ken Bewley and Rev. Ivan Sanders officiating. Graveside service and interment will be at 1 p.m. Friday in the Highlands Memory Gardens, Dublin, Va. Active pallbearers who are requested to assemble at the cemetery at 12:50 p.m. Friday will be: Jason Carden, Alan Weddle, Mark Weddle, Ivan Sanders, Michael Porter and Joe Weddle. The family will assemble at the cemetery at 12:50 p.m. Friday.