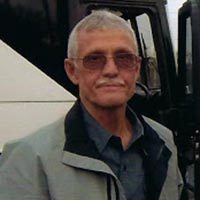 Cecil Wayne Roop, 73 of Floyd, passed away on December 26, 2019 at his home with his loving wife of 50 years, Judy Harmon Roop, by his side. Cecil was born on October 1, 1946 to the late Roy G. & Stella Akers Roop. He is also preceded in death by his daughter, Susan Lynn Roop; brothers, Clinton, Carl & Curtis Roop; and his sister, Carleen Hollandsworth.

Cecil was blessed with and cherished his grandchildren, Sylvia Lynn and Daniel Chase Roop; step-grandsons, Zach and Lance Garlick; as well as numerous nieces and nephews.

Cecil was retired from Kopper’s Industry in Salem, VA where he worked hard and made many lifetime friends.

Funeral services will be held at 11:00 a.m. on Monday, December 30, 2019 at the Floyd Church of God with Rev. Clyde Bishop officiating. Interment will follow in the Roselawn Memorial Gardens where he will join his little girl, Susan, with Military Rites by Floyd V.F.W. Post #7854 and American Legion Post #127. The family will receive friends from 4 – 6 p.m. on Sunday, December 29, 2019 at the Maberry Funeral Home Chapel.