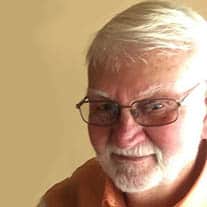 Richard Austin Rollyson, 89, passed away peacefully in his home in Fairlawn with his family by his side on Friday, January 28, 2022. He was born in Gassaway, W. Va. to the late Madalene and John Austin Rollyson.

After he graduated from high school, he spent 4 years in the U. S. Air Force. He graduated from West Virginia Institute of Technology with a Bachelor of Science, majoring in Mechanical Engineering. He built his home in Fairlawn, and he worked until retirement at the Radford Army Ammunitions Plant. He also loved his farm, raising cattle and gardening, with the help of all his children. Later, he was helped by his sidekick grandson, Austin, who spent all his spare time assisting PopPop with everything. Besides being a workaholic on the farm he had a passion for motorcycle riding with his friends throughout these beautiful Blue Ridge Mountains. He will be greatly missed by his many friends and family.

Special thanks to his wonderful caregivers who gave him the best of care for the last several years, Cristy Keener, Sherri Birkelbach, and his daughter, Roberta.

The family will receive friends from 1 until 2 p.m. on Sunday, February 6, 2022 at the Mullins Funeral Home in Radford. Funeral services will begin at 2 p.m. After his cremation, some of his cremains will be placed at the Sunrise Burial Park atop the hill near the flag pole overlooking Fairlawn, the place where he planted his feet.

The Rollyson family is in the care of Mullins Funeral Home & Crematory in Radford, Virginia. www.mullinsfuneralhome.com