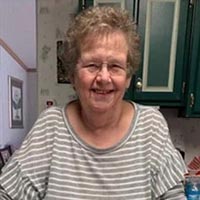 Sandra Lee Hinkey Rogers “Sandy”, of Christiansburg went home to be with her Lord and Savior on July 8, 2020 after a short battle with cancer. She was 78.

Sandy was born on September 14, 1941 in Binghamton, NY. She was preceded in death by her father, Harrison Hinkey; mother and stepfather, Annie “Thelma” and Bob Kuehl; and brother, Jimmy Hinkey.

A memorial service will be held on Saturday, July 18, 2020, from 6-8pm at Gethsemane Baptist Church, in Radford, VA, officiated by Pastor Brent Strouf. A private family burial will take place at Southwest Veterans Cemetery in Dublin, VA at a later date.