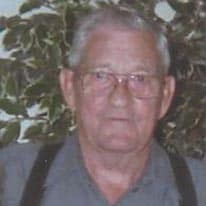 Tommy Howard Robinson, 84, of Narrows, VA, went to be with the Lord on Wednesday, November 10, 2021, at Carilion Roanoke Memorial Hospital. Tommy was born on February 16, 1937, in South Toe, NC and was a son of the late Earl Robinson and Annie Wilson Robinson. Besides his parents, he was preceded in death by two brothers, Ed and Frank Robinson and three sisters, Marlyn Cutis, Eula Wheeler and Iva Ray.

Tommy was employed by the Rowe Construction Company in North Carolina building highways through out North Carolina and Virginia. He is a longtime of the Kings Way Church up Wolf Creek in Narrows. He loved farming, hunting, fishing and spending time with his family.

Funeral services will be conducted on Saturday, November 13, 2021, at 12pm at The Kings Way Church in Narrows (Wolf Creek) with Pastor Tony Robertson and Pastor Jim Tunnell officiating with burial following in the Birchlawn Burial Park in Pearisburg. The family will receive friends at the church one hour before the service from 11 – 12pm.