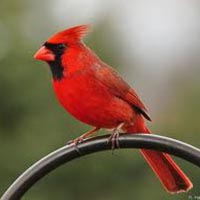 Joyce Lucas Robinson went to her heavenly home on Monday, December 30, 2019. She was born on April 18, 1940, in Montgomery County to Hatcher and Betty Lucas. She married David Robinson, the love of her life at just seventeen years old. They started their family together shortly after. Anyone who knew her loved her, knew her door was always open and that once they entered her kitchen a delicious meal was soon to follow.

The family will receive friends at McCoy Funeral Home on Thursday, January 2, 2020, from 6:00-8:00pm. The funeral will be held on Friday, January 3, 2020, at 1:00pm in the McCoy Funeral Home Chapel. In lieu of flowers, please consider a donation to the Robinson Family Cemetery Fund, ℅ Roger Robinson, 201 Maywood Street, Blacksburg, VA 24060.