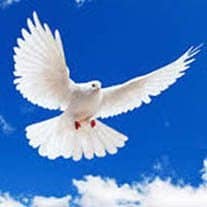 Tony “Indian” Michael Robertson, 67 of Narrows, VA went to be with the Lord on Thursday, March 3, 2022, at Radford Health & Rehab. Indian was born February 15, 1955, in Narrows and was a son of the late James Everette Robertson and Helen Louise Cooper Robertson.
Besides his parents, he was preceded in death by 3 brothers, Gary, Everette and Bill Robertson and 1 sister, Kathy Whitlow.

Indian worked in construction and Stonehard for most of his life. He was a very caring person helping people when he could, and always enjoyed a joke and laughing.

He is survived by one sister, Teresa Snider (Willis) of Gold Bond, 2 brothers, Eugene Robertson of Pearisburg and Larry Robertson (Maxine) of Wayside, 7 nieces and 5 nephews.

A private family service will be held Monday at the Givens – Riffe Funeral Chapel in Narrows at 4pm with the Rev. Dr. Fred L. Austin officiating. The family is being served by Givens-Riffe Funeral Service in Narrows, VA, (540)726-2442, and online at riffefuneralservice.com.