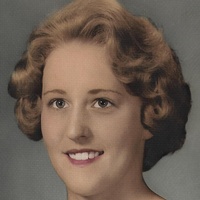 She was a member of Green Ridge Baptist Church and served as their Nursery Director for over 40 years. She loved babies and looked the most natural when holding a baby. She was considered one of the kindest and most generous people. She enjoyed collecting angels and crosses. She was all about her family, especially her grandchildren and will be missed by all who knew her.

Besides her parents, she was preceded in death by her brother, Donnie Kirk and a grandson, Patrick Leftwich.

Memorial services will be held Sunday, March 24, 2019 at 4:00 P.M. at A. Vest & Sons Funeral Home Chapel, White Gate, with Rev. Donald Swift officiating. The family will receive friends one hour prior to the service, from 3:00P.M. until service time, 4:00 P.M. There will also be a memorial service held in Roanoke, VA at Green Ridge Baptist Church at a later date. Per her wishes, she has been cremated and she will be laid to rest at the Kirk Family Cemetery following the completion of the two services.

In lieu of flowers, the family suggests memorial donations be made in her honor to either the Children’s Ministry at Green Ridge Baptist Church, Blue Ridge Women’s Center or to a Battered Women’s Shelter of your choice.