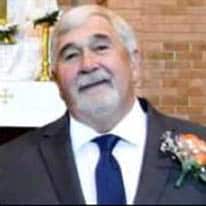 Jerry Ray (Joe) Robertson, 73 of Pearisburg, VA went to be with the Lord on Sunday, April 3, 2022, at Princeton Community Hospital in Princeton, WV. Joe was born on April 14, 1948, in Pearisburg, and was a son of the late Russell Wilson Robertson and Thelma Marie Sexton Robertson. Besides his parents, he was preceded in death by his wife of 41 years, Paula Gail Ratcliffe Robertson.

Joe was a 1967 graduate of Narrows High School and received his Associates Degree from New River Community College. He was a retired employee of the Celanese Corp. in Narrows. He was a longtime member of the First United Methodist Church in Pearisburg. Joe loved the outdoors, hunting, fishing and going to VA Tech sporting events. His children and grandchildren were his pride and joy.

The family has requested that memorial donations may be made to the First United Methodist Church in Pearisburg, VA. Online condolences can be sent to the family at givensfuneralhome.com.