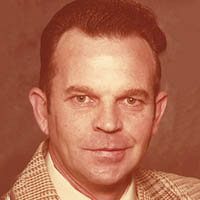 David Jackson Robertson, 81 of Pulaski died Tuesday morning, Dec. 22, 2020 at his home. He was born in Pulaski on May 4, 1939 and was the son of the late Orville Jackson Robertson and Mabel Merl Akers Robertson.

He was also preceded in death by his wife, Ruby Wright Robertson and grandchildren, Kelly Dalton, Lisa Edwards and Brad Ratcliffe. Also by a sister and brother-in-law, Pauline and John Porterfield.

He was a retired employee of Jefferson Mills, Pulaski and was a veteran of the U.S. Navy and was a member of the Thornspring United Methodist Church.

A graveside service will be held Saturday at 2 p.m. from Thornspring Cemetery with Rev. Teresa Tolbert officiating.