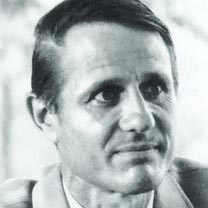 Dr. Kent Clayton Roberts, devoted father and husband, dedicated veterinarian, and a founder of the college of veterinary medicine at Virginia Tech, passed away peacefully August 24, 2021, in Williamsburg, Virginia. He was 95.

He is survived by his wife of 71 years, Shirley Fulton Roberts; three children, Kent Clayton Jr. of Richmond, Va., Polly Bokhari of Milton, Mass., and Amanda Roberts of Ransomville, N.Y.; brother, Dr. Bruce Roberts of Delaware, Ohio; five grandchildren, a great-granddaughter, and a large extended family. He was predeceased by his daughter, Jane, in 1965, and by his sister, Doris Foulds in 2013.

Born in 1925 in Norwich, N.Y., to Dr. C. R. Roberts and Florence Kingsbury Roberts, Kent graduated from Leonia High School in New Jersey and immediately enlisted in the United States Navy. He earned a B.S. while in Navy ROTC from the University of North Carolina at Chapel Hill.

After service in World War II, Kent followed in his father’s footsteps and earned a Doctor of Veterinary Medicine from Cornell University in 1951. Shortly thereafter, he established the Loudoun Animal Hospital in Purcellville, Va., where he practiced both large and small animal medicine for 30 years.

In 1980, Kent joined the founding faculty of the new veterinary college, serving as steward of continuing education programs for practitioners and related organizations such as the Animal Control Officers’ Association and the Virginia Dog Breeders Association. He was interim director of the school’s teaching hospital and loved to teach classes. He was a favorite among students and colleagues for his keen wit and cheerful sense of humor.

Dr. Kent Roberts was accorded emeritus status by the Virginia Tech Board of Visitors in 1994 and officially retired from the college in 1995, although he continued to serve as a volunteer for many years afterward. In 2009, Kent was presented with the school’s highest honor, the John N. Dalton Award, for his “monumental role in the creation and development of the college” and for his “devoted service to people and animals.”

Kent and family endowed the C.R. Roberts Professorship in Clinical Veterinary Medicine at Virginia Tech. The professorship honors the life and contributions of Kent’s father, a veterinarian who began as a dairy practitioner traveling on horseback in upstate New York a century ago.

Kent was blessed with abiding love for his family, a brilliant mind, sparkling wit, and uncommon devotion to his life’s mission. He will long be remembered as a beloved doctor in rural Virginia, a national leader in his profession, a founding father of the veterinary college at Virginia Tech, and a kind, giving, compassionate man who cared for all creatures, great and small.

Plans for a memorial service are not yet decided. In lieu of flowers, contributions may be made to your local Humane Society or the National Wildlife Federation.

Online condolences may be shared at www.NelsenWilliamsburg.com.