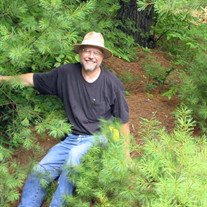 A member of the Virginia Tech community since 1980, Don Rimstidt contributed greatly to the success of the Department of Geosciences through his teaching, research, and leadership. During his career, Don made significant contributions in the field of geochemistry and is best known for his contributions to the field of geochemical kinetics. He taught various courses ranging from freshman to advanced level and advised numerous masters and doctoral students. Don also served as the department chair, as assistant chair, and on numerous committees. He retired in the spring of 2010 though he remained an active member of the department through his research activities.

Don enjoyed life especially being outdoors walking his dogs, riding his horse, gardening, swimming, traveling, fishing and photography. He also enjoyed woodworking and made many birdhouses that he gave to friends and neighbors.

He was preceded in death by his parents. He is survived by his wife, Barbara Wilson, with whom he just celebrated their 40th anniversary; brothers Tom Rimstidt and wife Cindy of Osgood, IN, Dan Rimstidt and wife Diana of Loveland, OH; daughter Krista (Cricket) Davy and husband Holland; son Donald Wilson; and grandchildren Sarah, Mitchell, Jacob and Kennedy.

A memorial service will be planned at a later date. In lieu of flowers donations can be made to the J.D. Rimstidt Endowed Field Trip Fund at 540-231-5643 or email at jorzolek@vt.edu.