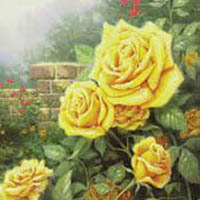 Born July 18, 1935 in Pulaski, she was the daughter of the late Ramsey Virgil Bryant & Wilma Mae Worrell Bryant Stafford. She was preceded in death by her husband of 51 years, Curtis Millard Ridpath in 2003; One daughter, Janet Mae Gravely, a brother; Franklin Bryant and a grandson, Franklin Andrew “Andy” Ridpath also preceded her in death. She was retired from Jefferson Mills with over 30 years of service.