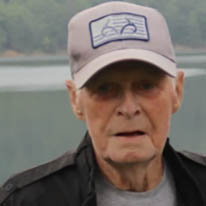 Richard Jackson Richardson, 90, of Dublin, died on Thursday, June 2, 2022, peacefully at his home. He was born October 8, 1931, to the late Sterling and Alice McLaughlin Richardson. In addition to his parents, he is preceded in death by his first wife, Kathleen S. Richardson; second wife, Betty J. Richardson; son-in-law, Jerry Mabry; along with three brothers and four sisters.

Per his wishes, Richard will be cremated, and a service will be held at a later date.

Military Honors will be performed in honor of his service during the Korean War.

The Richardson family is in the care of Norris-Stevens Funeral Home. Online condolences can be made at www.stevensfuneralhomepulaski.com