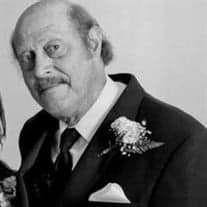 Freddie Lee Richardson passed away peacefully at his home in Christiansburg on Saturday, November 27, 2021, at the age of 71.
Freddie worked as a truck driver for C&S Door for many years. At one of the work Christmas parties, he met the love of his life whom he later married, his wife Sandy. Freddie became a father to her two children and later they had two more children. His wife, four children, two grandchildren and numerous fur babies were his life.

He will be remembered for his quirky sense of humor and his outgoing personality. He never knew a stranger and he made it his life mission to make people laugh. Freddie will also be remembered as “Paw-Paw” to the many children his wife Sandy provided childcare for
over the years.

The family would like to thank Dr. Leslie Badillo, Carilion Home Health, Kindred At Home, as well as the many other doctors and nurses for their gentle and compassionate care for Freddie over the last few years.

The family will receive friends on Friday, December 3, 2021, from 1-3 p.m. at Horne Funeral Home. Funeral Services will begin at 3 p.m. in the Chapel, with Dennis Curd officiating. Interment will follow in Sunset Cemetery, Christiansburg.