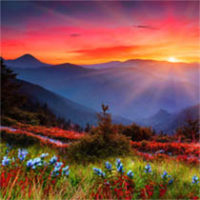 Dian was a former employee of the FBI, Washington, D.C., the Montgomery County School System, and Cracker Barrel in Christiansburg.

Graveside services will be held 2 p.m. on Wednesday, July 14, 2010, in Sunset Cemetery, Christiansburg with the Rev. Tina Cox officiating. The family will receive friends from 6 to 8 p.m. on Tuesday evening, July 13, 2010, at McCoy Funeral Home, 150 Country Club Dr., Blacksburg.