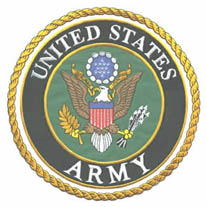 He was retired from Corning. He was a U.S. Army veteran. He was preceded in death by his parents, Byrd and Maudie Phillips Richardson; and his wife, Martha Gilbert Richardson.

Survivors include four sons, Byrd Richardson, Jr. and Eddie Brown, both of Dublin, Marvin Brown, of Columbus, Ohio, and Roy Brown, of Belspring; three daughters, Beverly Terry and Sheila East, both of Dublin, and Gladys Hill, of Thomasville, N.C.; a sister, Hazel Lawson, of Dublin; and 14 grandchildren.

Funeral services will be held Tuesday, May 30, 2006 at 11 a.m. at the Gethsemane Baptist Church with Pastor Jerry Gibson and Pastor Jim Sutphin officiating. Interment will follow in the Highland Memory Gardens in Dublin.

The family will receive friends from 5 to 7 p.m. on Monday at the Gethsemane Baptist Church in Radford. The Richardson family is in the care of Mullins Funeral Home & Crematory in Radford. www.mullinsfuneralhome.com