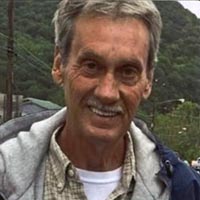 Donald H. Rice, age 72, rushed into the arms of his Savior, Jesus Christ, after a very quick battle with cancer at his home in Peterstown on Thursday, August 5, 2021. Born February 19, 1949, Don was the son of the late Watha Rice and Francis Tate Rice. He grew up in Pembroke, VA, before moving to Peterstown. He worked at Elmac, Dollingers, and the Arsenal before retiring from United Hydraulics as a mechanic and electrician. Don enjoyed traveling, fishing, and front porch sittin’ with his wife, Frankie. He was a beloved husband, father, grandfather, great grandfather, and brother.

Graveside services will be held at 3:00PM on Sunday, August 8, 2021, at Birchlawn Burial Park in Pearisburg, VA, with Pastor Tim Sanderson officiating. A visitation will be held from 1:30PM until the departure time of 2:30PM at Broyles-Shrewsbury Funeral Home in Peterstown, WV.