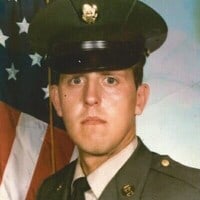 Gary Alan Reynolds, 68, passed away at his home in Radford on Friday, January 28, 2022. He was a U. S. Army veteran and a general contractor. Gary loved his family, his country and his Harley.

He was preceded in death by his mother, Sammie Reynolds Dalton; and brother, Rocky Reynolds.

The Reynolds family is in the care of Mullins Funeral Home & Crematory in Radford. www.mullinsfuneralhome.com.