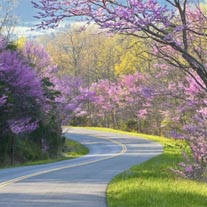 Eleanor “Ellie” Reser was born August 10, 1935 in Indiana. Her family lived in Sierra Leone, California, and Oregon early in her life and then returned to Indiana where she attended high school and nursing school.

She moved to Olive Hill and then Morehead, Kentucky with her husband Donald Holloway. She worked as a school nurse and as a nurse in a doctor’s office, a nursing administrator at a local convalescent center, and as a home health nurse through St. Claire Medical Center.After earning her Bachelor of Science in Nursing at Eastern Kentucky University, she served as a clinical instructor in Morehead State University’s nursing program. She was a member of the Morehead United Methodist Church and later Faith Presbyterian Church, she served on Morehead Town Council, and as she often said, “had given half of the county its shots.”

Later, she married Richard Reser. They moved to Durango, Colorado where Ellie periodically worked at a nursing facility in Chinle, Arizona serving the Navajo people. The impact of their time in Chinle was evident in Ellie’s writing, the art in her home, her interest in spinning and weaving, and her deepening study of the impact of religion in health and well-being. After returning to Morehead, Ellie joined the nursing staff of St. Claire’s Hospice and ended her professional career as a hospice chaplain. She moved to Blacksburg, Virginia in 2007, became the “mayor” of Dogwood Circle in Warm Hearth Village, joined the community of Northside Presbyterian Church, and gave her time generously to friends and neighbors.

Ellie was a loving wife and mother, Memaw, and GG and the best mother-in-law in the world; a good and faithful friend, teacher, and mentor; flower gardener and crafter; creative writer and deep thinker; and a devoted servant of God.

In lieu of flowers, the family requests memorial gifts be made to Northside Presbyterian Church or Warm Hearth Foundation.

A memorial service will be held at 11 AM, Thursday, March 8, 2018 at Northside Presbyterian Church with Rev. Linda Dickerson officiating. The family will receive friends Thursday from 9:30 AM – 10:30 AM prior to the service at the church.