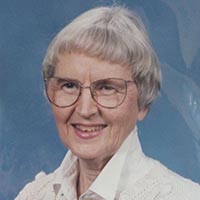 Anne Fayssoux Davis Reid, 95, formerly of Chesapeake, Va., and Durham, N.C., passed away on Tuesday, March 22, 2016, at Commonwealth Assisted Living in Christiansburg, Va. Anne was born on September 6, 1920, in Durham to the late Ella Puryear Homes and James Quentin Davis.

She was preceded in death by her husband, Richard Jones Reid Jr.; and her sister, Elizabeth (Lib) Davis Mallard.

She is survived by her son, Richard Jones Reid III, and wife, Kristine Halls; and granddaughter, Erika Anne, of Blacksburg, Va.; and her son, James Pagan Reid and wife, Alicia Windham, of Earleton, Fla. 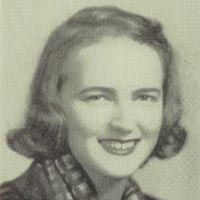 Anne attended Durham High School and St. Mary’s College. In 1946, Anne married the love of her life, Richard (Dick) Jones Reid Jr., of Chatham, Va., a graduate of the Naval Academy and officer in the United States Navy. They lived in Philadelphia, Pa., then Vallejo, Calif., where their son Richard was born in April 1951. After two years in Guam, they moved to Falls Church, Va., where their son James was born in July 1954. While later stationed at Pearl Harbor, the family fell in love with Hawaiian culture. The family settled in Chesapeake, Va., upon Commander Reid’s retirement from the Navy.

After his passing, Anne stayed active in the community and enjoyed travel abroad with her sister. She attended St. Christopher’s Episcopal Church, was a member of the Garden Club of Virginia, a docent at the Portsmouth Art and Cultural Center, and enjoyed playing Bridge and Mahjong with long-time friends. Anne readily shared that she had a wonderful life and that being a wife, mother, and grandmother were most important to her. She described herself as both a Tar Heel and a Navy wife who enjoyed seeing the world. Her many close friends remarked at her grace, strength, and appreciation of life.

In lieu of flowers memorial contributions may be made to the National Multiple Sclerosis Society or Hospice Net.Org. Anne will be interred by family and friends later this spring next to her husband at Maplewood Cemetery, Durham, N.C.